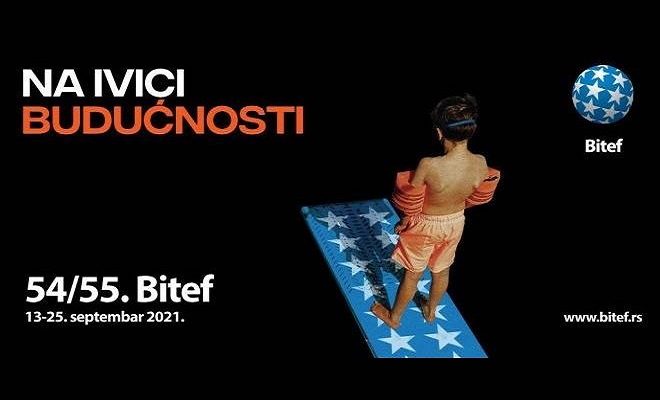 This year, BITEF festival shall host two resolutely invovative French productions : Farme fatale by Philippe Quesne and Flesh by Franck Vigroux. This ‘French touch’ will be reinforced  by the presence of several French guest-speakers at the international conference on environmental challenges organized within the framework of  BITEF Festival.

At the boundary between the human and the puppet, the peasant and the scarecrow, the five masked characters of Farm Fatale appear and settle against a spotless white background. The audience is then led into a heavily farm themed world, complete with haystacks, the crowing rooster, twittering birds, pitchforks and a collection of farm tools.

But in this world, humans have died out due to pollution. Only a group of poet scarecrows live on, running an independent radio station, singing, playing music, inventing slogans and sometimes waxing philosophical… These are disarmingly funny and kind heroes living at plant or animal level, somehow trying to steer clear of a rampant capitalism that destroys forests, lands and oceans. They’re slowing down, embodying what Philippe Quesne describes as “a theater of postapocalyptic deceleration.”

Between electronic opera and an audiovisual experience, Flesh is a musical and visual art form as well as a dance/movement performance, a moving painting whose meaning is revealed in the experience and the emotion it creates… Drawing both from the world of the English writer J.G. Ballard (author of „Crash“ and „Concrete Island“ in particular) and from the personal experience of a road accident, „Flesh“ explores the exact moment that follows the shock, the short instant where time seems to stop or expand. The moment where the mind detaches itself from the body, to reveal a panoramic view of a surrealist scene. Vehicle carcasses take the form of moving objects, motorway viaducts become gigantic Golems, car engines appear to levitate over a sea of ice. And on this flow of images and sensations, the spectator experiences what a driver experiences as he crosses an unknown dimension.. a truly hallucinogenic journey.

For the full program of the festival and the international conference, please visit the BITEF website.