„OMMA“ by Josef Nadj is touring in the region! 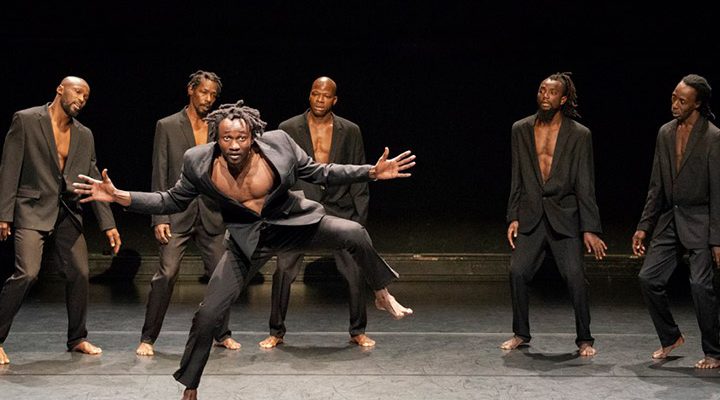 Following a successful regional tour in 2021, the show OMMA by Josef Nadj is back in South-East Europe ! The strength of OMMA lies in the commitment and harmony of the group created by Josef Nadj.

Eight men wearing black jackets and trousers, a reference to Josef Nadj’s timeless silhouette. On stage, only bodies, lights and sound, without artifice. For his new creation, the choreographer has formed a group of eight performers from Mali, Senegal, Ivory Coast, Burkina Faso, Congo Brazzaville and the Democratic Republic of Congo, bringing together their singularity, culture, history, movements.

OMMA tells a story about sharing and transmitting.

Could we characterize this piece as organic? Indeed, OMMA clearly aims to return to the origins of dance, with movement as essence and the universe as horizon. OMMA is a choreographic quest into the world’s origins, led by Nadj’s hypothesis: hasn’t dance arisen with the birth of our humanity? Returning to the birth of dance and movement, is it not to return to the origins of the universe?

The performances in Sfantu-Gheorghe and Cluj-Napoca are supported through Teatroskop Grants 2021.