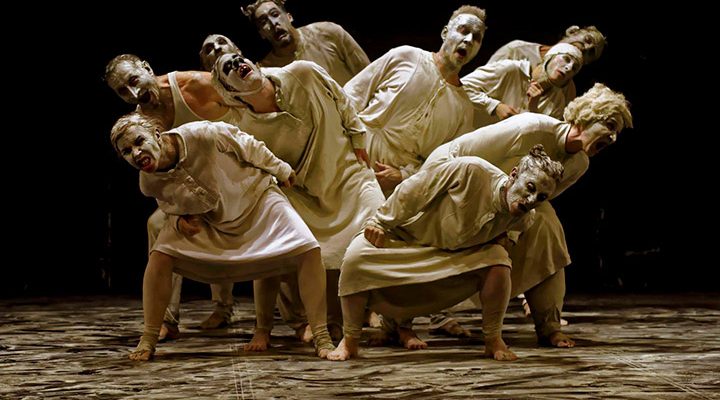 Compagnie Maguy Marin, touring worldwise since the 80s, will present the show MayB in the SEE region for the first time!

The power of dance comes from its capacity to embody the mystery of our presence in the world. The show MayB is based on the writings of Samuel Beckett, which per se, because of their theatrical movement and atmosphere, contradict the physical and aesthetic of a dance. It results that the performers take the viewer on an unexpected discovery journey towards ignored and intimate gestures. May B sets in motion the parade of a drifting human condition. The piece creates an abrupt theatrical language that transforms the ridiculous, the violent and the distressing.

The regional tour is supported through Teatroskop Grants 2022.